Diaspora Yatra is a campaign in India, which started last week and is scheduled to continue until March 6, to promote diaspora* and to attain self-reliance in communication technology. 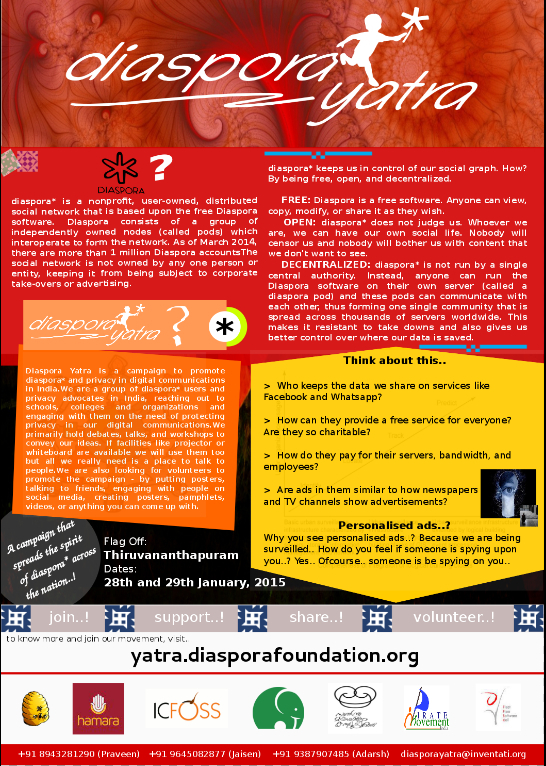 “Yatra” is a Sanskrit word meaning “journey.” Diaspora Yatra, launched by the Indian Pirates with eight partner organizations, has already covered four districts in the southern Indian state of Kerala. Pirate Praveen, who recently created a one-step installer for diaspora* on Debian, is a key player in this campaign, engaging in constructive discussions about diaspora* with people from all walks of life.

In its first week, Diaspora Yatra has started becoming an investigation into what the concepts of freedom, decentralization, and privacy mean to different sections of society: 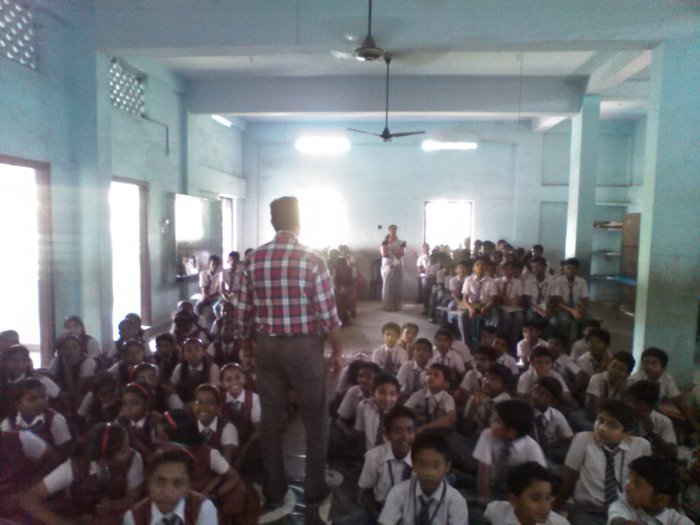 It cannot be mere coincidence that every kind of person has an opinion about what diaspora* should be, moments after they discover it for the first time. It is exactly the hunger for freedom and individuality which these minds seem to have that the Diaspora Yatra team intends to sate.

To keep up to date with the yatra’s progress, check the Diaspora Yatra site and follow the #diasporayatra tag within diaspora*. We’ll post again on this blog once the yatra has completed.